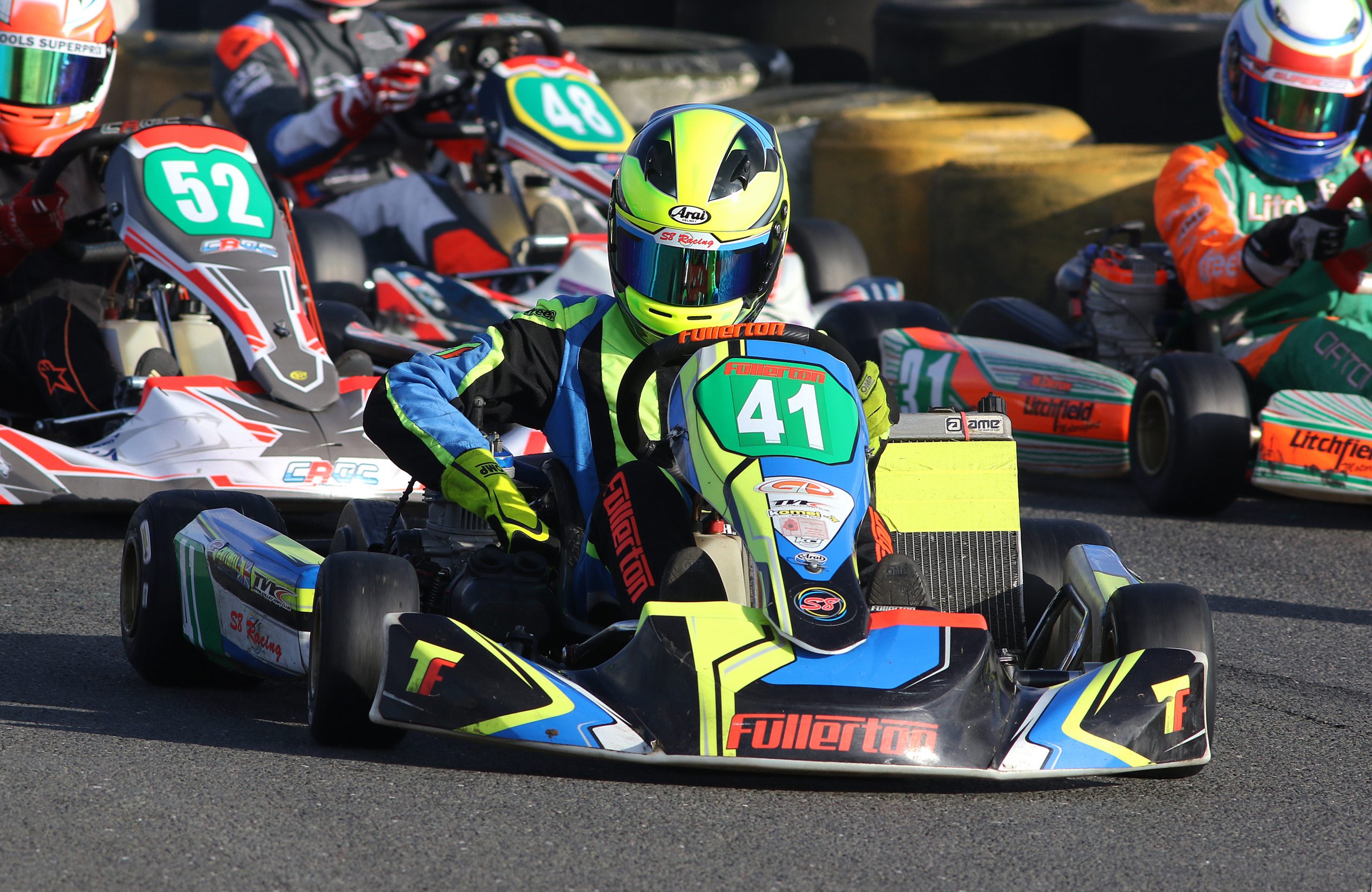 S8 Racing began back in 2005 when Jim Thornsby and his son-in-law Alex Short decided the time was right to turn their passion for kart racing into a business. Jim and Alex both have a lifetime of experience on the karting circuit, and when Alex married Jim’s daughter Danielle – herself an experienced kart racer – the opportunity arose to combine their skills in a real family business.

Jim himself raced Class 1s throughout the 1970’s, and when Danielle began her own racing career in 1989, Jim came out of retirement to act as her mechanic and mentor. At around the same time, Alex (with his dad Paul as mechanic) was also competing, and for several years the two were racing rivals. When Danielle and Alex married, it was inevitable that the shared wealth of knowledge would lead to great opportunities for Jim and Alex. S8 Racing is not just a two-man team. Both men’s families have a massive range of kart racing experience, and S8 are proud of the different contributions that they all bring to the team.

Initially working on a small scale out of Jim’s garage (the name ‘S8’ refers to his Sheffield postcode), the team started with just two drivers – Alex himself and Jonathan Zemlick. The Team had a very successful first season, winning regularly at Fulbeck and Wombwell. During 2006 Jim met up with his former racing rival Nigel Clegg, whose 14 year old son Sam Clegg was showing great promise in the Junior Rotax class. Sam was invited to join S8 Racing and in his first year with them won the Junior Max Club Championships at both South Yorkshire Kart Club and Lincolnshire Kart Racing Club.

In the early days the team ran Mike Wilson chassis. When Mike Wilson retired from chassis manufacture in 2008, Alex and Jim evaluated and tested karts from several different manufacturers. They finally selected the Alonso chassis, having been impressed with its performance and ease of set up. S8 Racing were a registered agent for the Alonso Chassis for many years and still retain a great level of expertise with this and other OTK chassis.

By the end of 2008 the team had attracted several new racers, including Cadet drivers, who thrived on the family-friendly atmosphere and were successful at both Club and National levels in their first season. As people began to take notice of the new team, S8 started to outgrow Jim’s garage, and in 2009 the Team opened premises in a purpose-built unit at Eckington in Sheffield. The superior facilities there mean that the team have room to develop and maintain the karts to the highest professional standards.

S8 Racing currently supports a team of talented and competitive drivers over the Bambino, Cadet, Junior and Senior classes. To ensure every driver receives the best opportunities in their racing careers we regularly evaluate the developments in all karting equipment. Following extensive testing in 2018 S8 Racing introduced the championship winning Fullerton chassis for the X30 classes to ensure the team remains at the forefront of British karting.

Any cookies that may not be particularly necessary for the website to function and is used specifically to collect user personal data via analytics, ads, other embedded contents are termed as non-necessary cookies. It is mandatory to procure user consent prior to running these cookies on your website.

We use cookies to ensure that we give you the best experience on our website. If you continue to use this site we will assume that you are happy with it.Ok